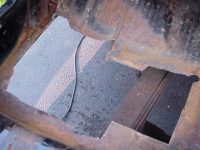 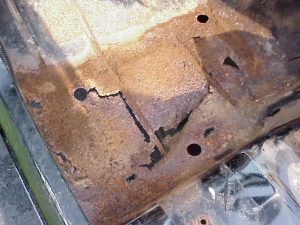 When removing the carpet from my YJ I was greeted with this sight, oh no! 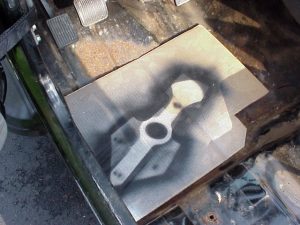 First things first, I made an exacting cardboard template of the area to be repaired. 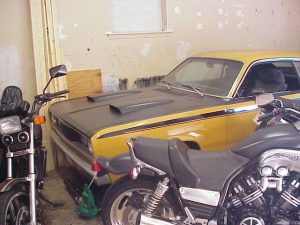 Then there was the search for parts. Luckily there was a complete parts car in the next stall. 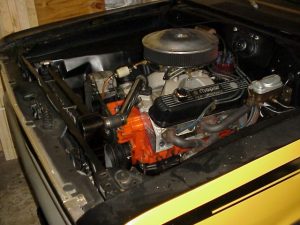 Upon inspection I found some more parts to use later. 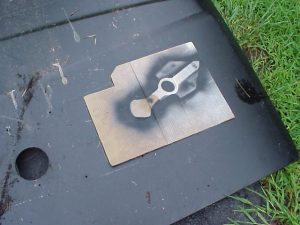 Anyway, back to work. Using a screwdriver I traced the pattern onto a suitable piece of scrap. 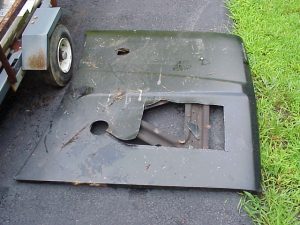 Then using a jigsaw, hammer and screwdriver I freed my new floor from the scrap.

Next I used the same tools and trimmed the tub on the
YJ. 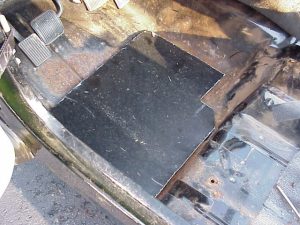 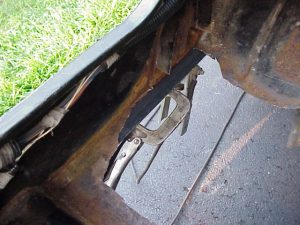 Since the trimming went all the way to the outer tub, a little angle iron was used for support. 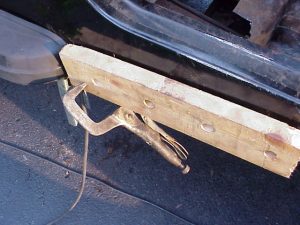 Make sure to use something to protect the paint on the outside. 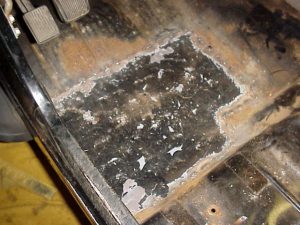 Then crank up that welder. Repeated blows with a hammer keep the new floor flush with the old one as well as adding a nice textured, non-slip surface. 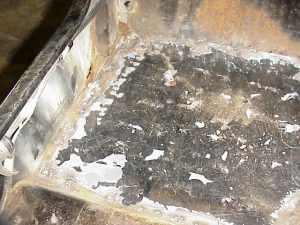 Unfortunately, some of the rust crept up the side of the tub as well. So much for protecting the paint. 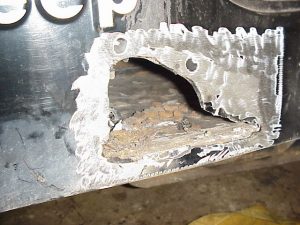 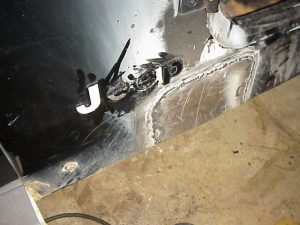 I used a little less hammer work here, after all this is on the outside. 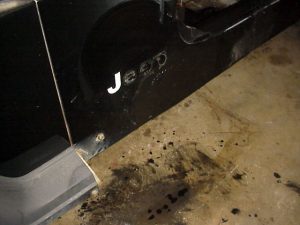 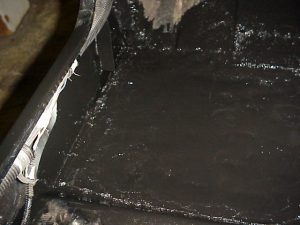 on the inside as well. 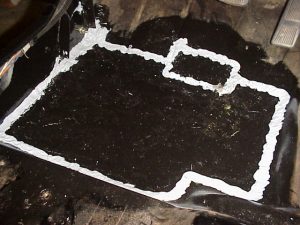 Next, a little seem sealer and all is as good as new. 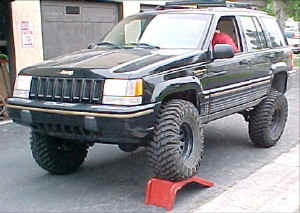 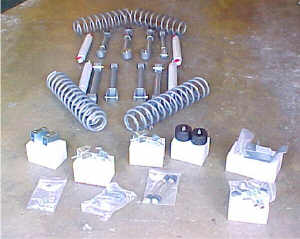 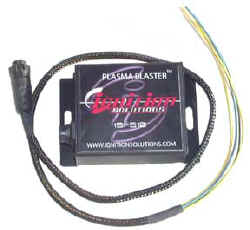